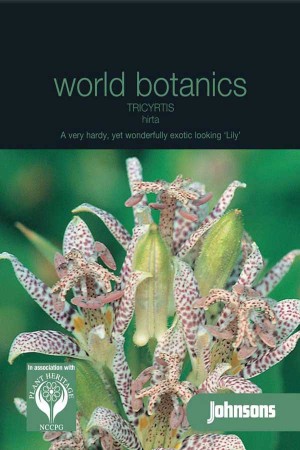 Known as the Toad Lily It certainly becomes a prince of flowers! A native of Japan where it grows in dappled woodland areas. The name comes from the Greek treis three and Kyrtos meaning convex, describing the outer petals.